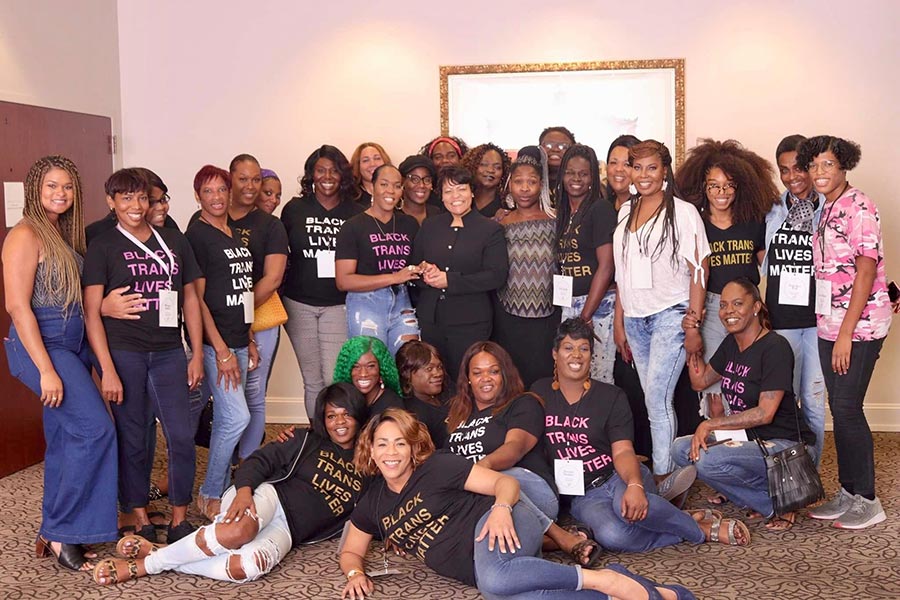 “Black trans women have the solutions to violence, and we must be trusted to lead,” said Micky Bradford, National Organizer at Transgender Law Center. “That looks like funding our work, supporting us in gathering and building community and support, and amplifying our voices while we’re alive – not just saying our names when we’re killed.”

Black Trans Circles (BTC) develops the leadership of Black trans women in the South and Midwest through the creation of healing justice spaces to work through oppression-based trauma and incubate community organizing efforts to address anti-trans murder and violence.

Housed at Transgender Law Center, BTC was founded by Raquel Willis through a 2018 Open Societies Foundation Soros Equality Fellowship. The first two BTC local convenings were held in New Orleans in 2018 and 2019 respectively.

“It is imperative that Black trans women gain skills to heal, organize, and develop internal community solutions because relying on the state is often not an option,” said Raquel Willis. “Our status quo response of national organizations elevating reports, murders, and statistics is simply not enough. Through BTC, we focus on strengthening the relationships, skills, and power of Black trans women living in areas with high rates of anti-trans murder and violence.”

With increased visibility and heightened social polarization, Black transgender women are being violently targeted more and more. In 2016, the National Coalition of Anti-Violence Programs (NCAVP) reported that Black transgender women accounted for 50 percent of all anti-LGBTQ and HIV-affected hate violence and, as of November 2017, 84 percent of transgender murder victims were people of color and 80 percent were women. Since the 2016 election, there has been a marked increase of hate crimes against marginalized groups. 2017 was called the deadliest year on record for trans people with the average age of 30 years old for Black trans victims. Already in 2019, at least 18 Black transgender women have been murdered that we know of.